In January my buddy made a commitment to herself, she would run the annual Shamrock Shuffle in March. She trained and worked toward her goal. The day dawned dreary, the weather report had warned of rain and chilly temps. It wasn’t as bad as expected, but it was no day at the beach. 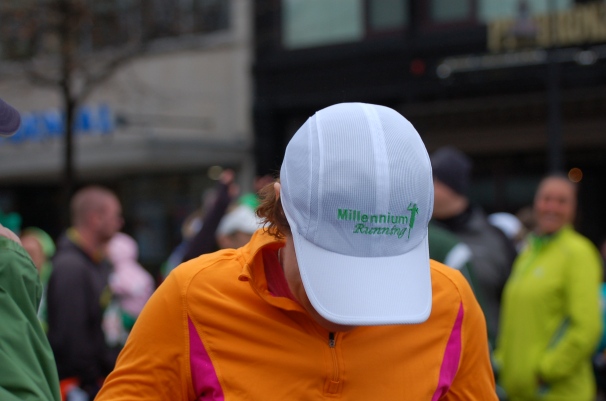 I managed to scramble atop at concrete trash can next to a lamp-post in on Elm Street in Manchester. (Note to my blogger friend, Marie not the Manchester you know in the UK).

Over four thousand hearty souls registered up for this two-mile race. Once the throng was off, the announcers at the finish were chattering on about a 10% expected drop off in the actual participants.  Regardless how many turned out, I found some very colorful and happy folks this dreary day. 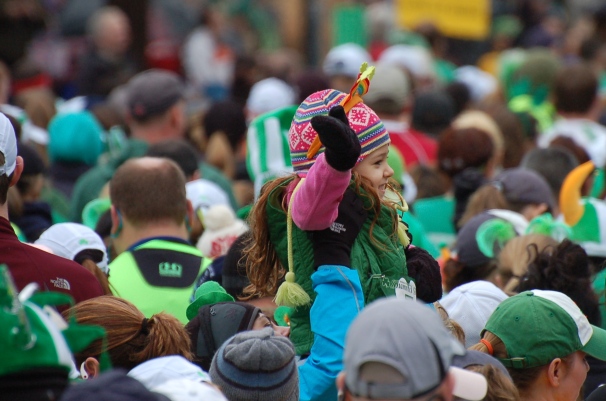 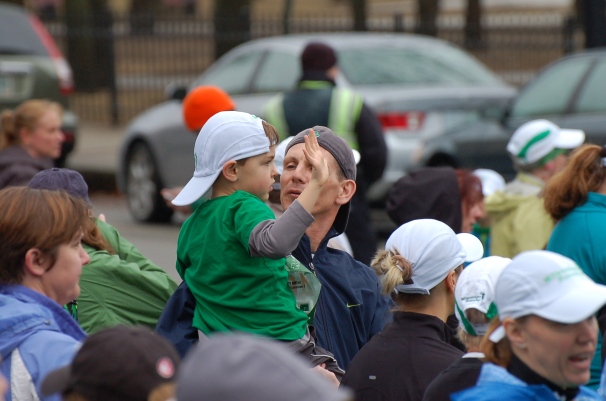 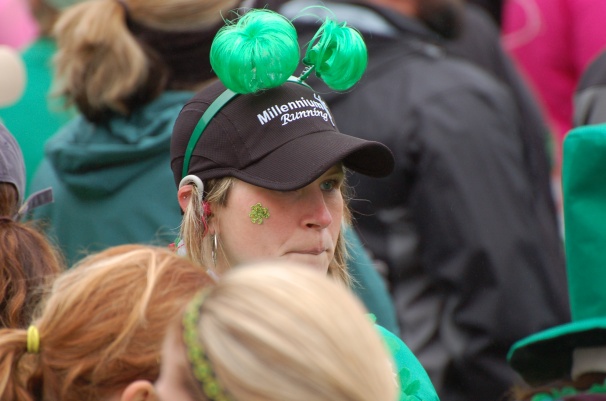 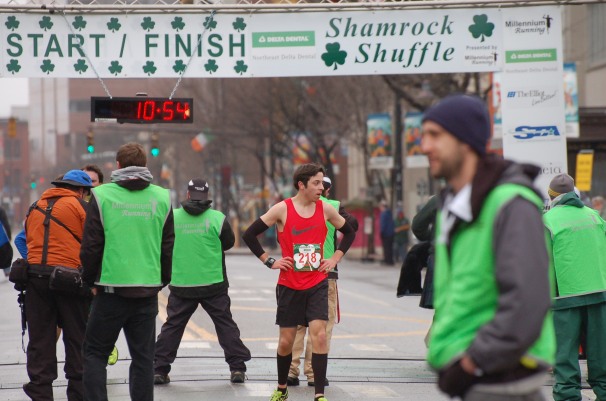 Here is what second place looks like; noting his time, he is to be commended as well.

I was not sure, when I spotted this runner, what was going on… 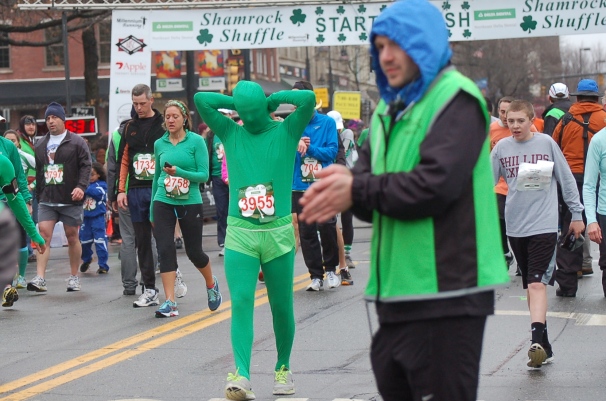 Then, this was revealed… 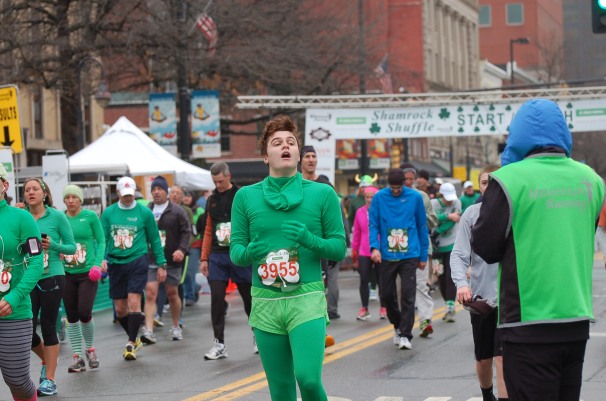 The final question was “What is going on with the giant Freddy Prince Leprechaun and the camera man?” 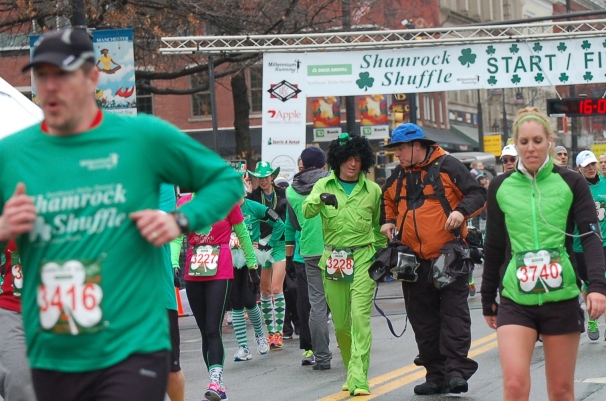 Hardy souls and my congratulations to everyone who braved the weather to run for two miles while I sat around and watched!!