Neither a borrower nor lender be…

“Neither a borrower nor a lender be,
For loan oft loses both itself and friend,” From Hamlet by William Shakespeare

Wise words and a lesson I seem to refuse to learn. Seldom do I borrow, but at the first sign of need I lend; money to friends who later can not repay,  time to causes that don’t fulfill their promises. Something in my heart jumps at the opportunity to help out and feel good about it. Human nature or simply a wish for appreciation?

The latest proof of this sage advice was several months ago. I have not written of it for fear of offending the parties involved. Yet, this morning when I went to retrieve a favorite pair of cowboy boots my heart sank and I was reminded, once again of the famous line.

A friend put out the word, her teen-aged daughter needed cowboy girl boots for a costume. I responded that I had a collection she could choose from if her feet were the same size as mine. They showed up one evening and I had a selection for her to try. I made a point of giving the history of my more expensive boots. Though her feet were larger, she opted for my favorite red boots. These were special. These were the personal design of Dale Evans and the Lucchese boot company was not allowed to retail the design until her death. These were my ‘signature’ boots. I watched them head out the door and felt like I had done something really good in sharing them.

The next day dawned rainy, I gave some thought to my boots but figured she would take care of them after the story I had told. It was a week before the boots ended up back on my doorstep. I had a message from the Mom that she had left them under the eaves, wrapped in plastic bags as it was still raining. I retrieved them when I came home. The plastic bag was a waste of time. They were beyond recovery. White water marks scarred the red leather, they were waterlogged and had obviously been worn  by a foot larger than mine, causing them to stretch and collapse into misshapen, sodden remnants of their former glory. I tried to refurbish them but the foot-bed was permanently wrinkled, causing a blister on the sole of my foot. The leather was cracked and stained.

A friend once found herself unemployed and borrowed some money. The loan was paid back eventually, but it put a strain on our relationship. The second time she asked, I also agreed but with a stricter repayment schedule. The third time, with the second loan delinquent and the first barely paid back, I said no and the relationship was forever scarred.

Either give it, wholly and freely, or don’t give it at all…neither a borrower nor a lender be… 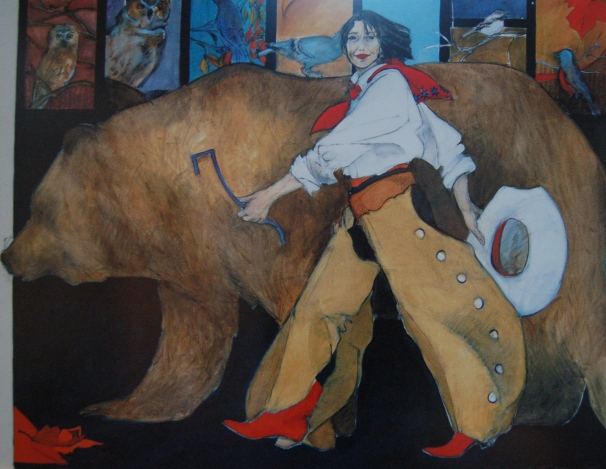 13 comments on “Neither a borrower nor lender be…”