The two boxes of bees I purchased so optimistically back in January were ready for delivery this weekend. My hive was bursting and I didn’t have any more empty hives so I sold them to a neighbor. I delivered them Sunday morning, amid glorious sun and the full blossom of his orchard and gardens. The bee house is ancient and could use some shoring up in places, but the hive bodies were clean and full of fresh wax frames. We placed the NUC boxes in the hive house, popped open the entrances and let the ladies come out to explore their new home. 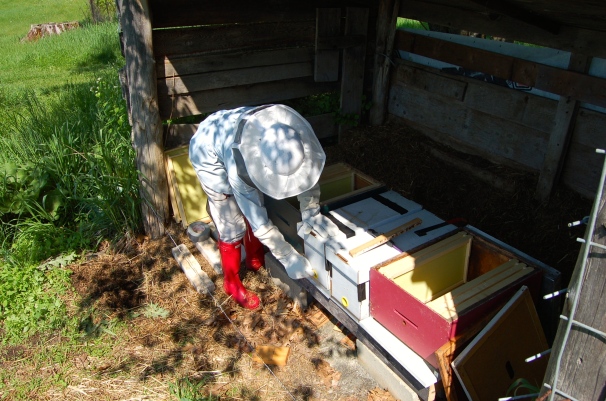 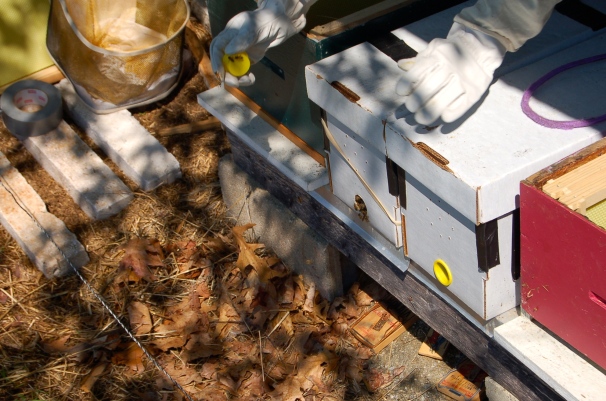 When the initial excitement at being released died down, I went to work transferring the frames from the NUCs to the hive bodies.

I don’t know what it is with men, but they don’t like to wear the protective veils and gloves I see as essential to working with the bees. Wilson came along to film the event and was rewarded with a sting. The farm manager, Steve was watching from a healthy distance after Wilson’s encounter but I invited him in to help out with the smoker. 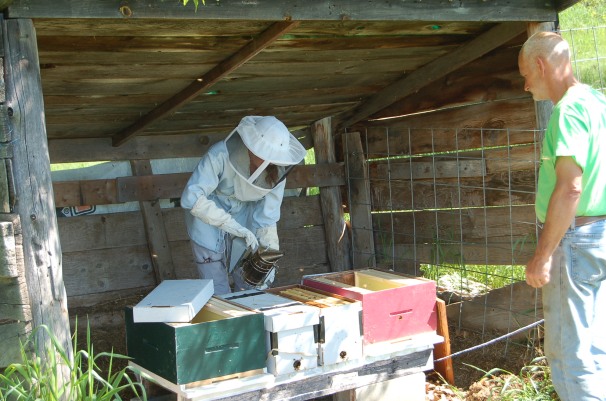 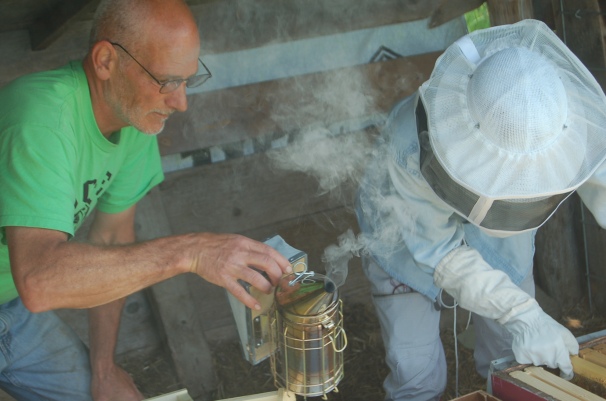 The trick is to move slowly but fluidly, not jostling the frames and placing them in exactly the same sequence as they came out of the NUC. I also wanted to verify that the queens  were there; they are marked with a green dot this year and both ladies were easily visible. 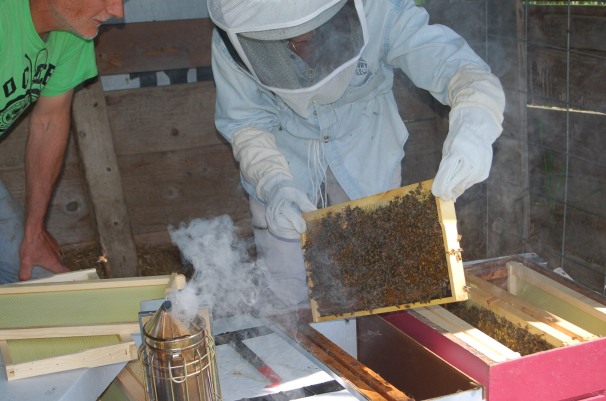 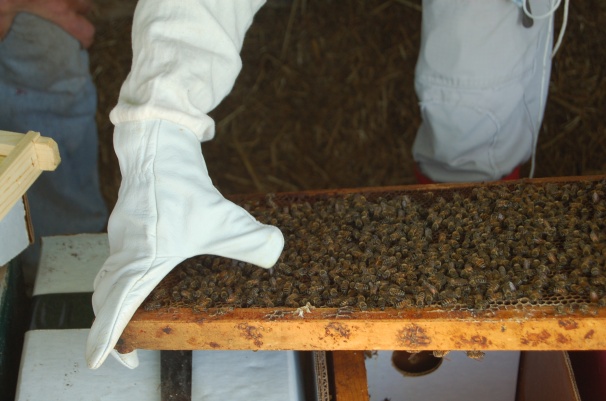 Pointing out the queen

The elderly farmer waited eagerly for our report, looking out over his fields and gardens while his new bees settled in. 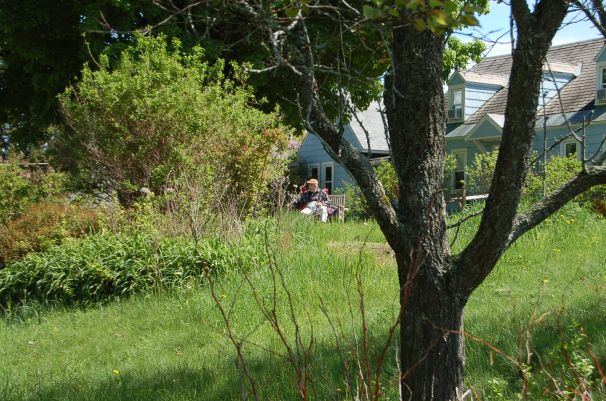 The bees settled in and soon we saw them on the quince bushes. The farmer smiled his approval, flowers, bees and humans celebrated the joy of the season.