The gusts come screaming down from the ledges, hit the banks that have drifted in the North side of the house and leap up like an air-borne snowboarder to slam against the peak. The house shudders and a small gust slips down the flue of the chimney only to be met by the heat of the blazing hearth. A sigh and a swirl as they mingle.

The wind chimes batter the side of the house as the errant squall curls around the structure and races off down the slope. Trees creak in its wake and the drifts of snow soften the maze of paths I have carefully carved to my entrances.

The sky is a satin spread of deep indigo with no light pollution to dull the constellations. If not for the bitter wind, it would be a perfect night to star-gaze. A gust sends biting shards into my face and my fingers contract into claws from  the cold. It is not a fit night for man nor beast to out in the elements.

there are rooms I seldom visit, particularly in the colder months. I close off doors to unused bedrooms and hope to conserve the heat in the central part and my “living quarters.” Yet these are rooms I lovingly decorated; painting, arranging treasured antiques and picking linens. There are cobwebs festooning the curtain rods and the lowly jade plant has given up the ghost, but Lexie’s bedroom, the guest room, is still calming in its buttery gold color and minimalistic arrangement. What struck me as I changed the bed with fresh sheets was the juxtaposition of art, paintings I haven’t looked at or remembered for far too long. It has touches of her in her grandmother’s signature watercolor painting of Poppies, or the carefully captured painting of Lex at two-years old riding a carousel horse at the Jersey Shore – blond hair flying. 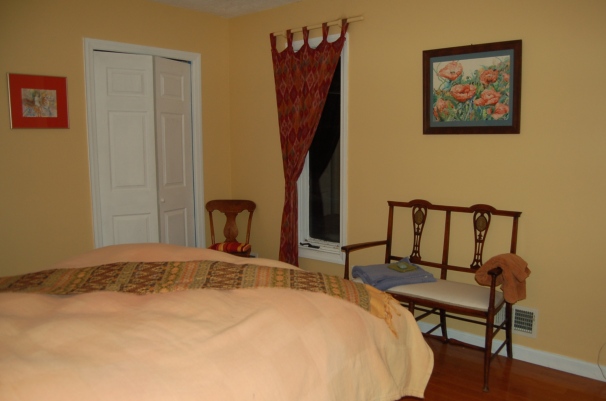 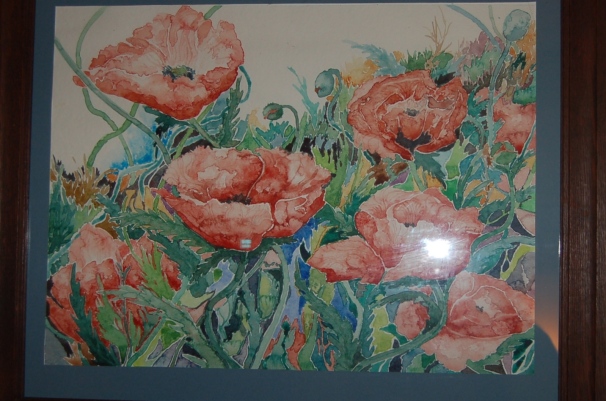 The woman threshing rice is Hanni’s interpretation of a photo I took in Java. 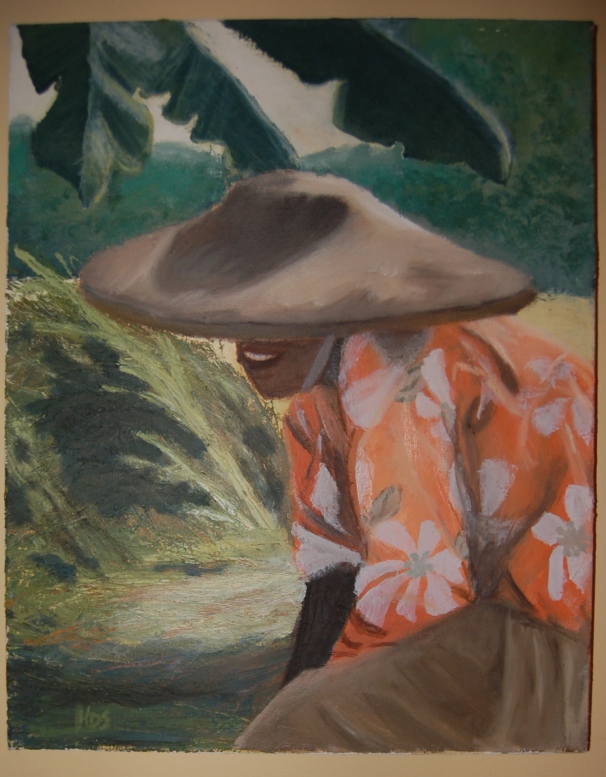 I have weathered many a storm in this house. I don’t know how many more we will see together, but I always want to hold  the memories of its warmth and strength.

10 comments on “This House”

the world one step at a time